Brilliant start of the morning, Evander and Holy with the cubs are waiting for us more or less in the same spot where we left them yesterday, the kudu is gone but they are happily full in the river bed.
The sun is rising and cast a beautiful light on them. Th cubs are more active and eventually even Evander moves and they all come to drink in a small pond few meters from us... as I said.. brilliant start.
. 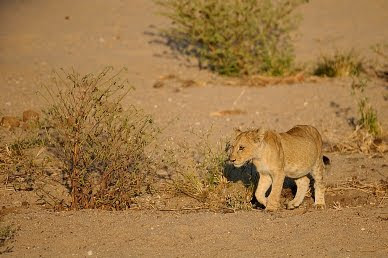 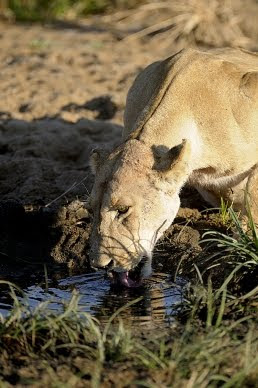 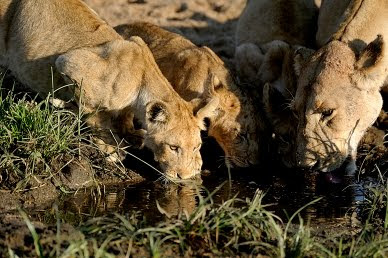 We drove less then 2 km to find a nice herd of buffs, they are heading slowly towards breakfast point, we leave them not to block their way and just 400 mtrs further we got part of the kipunji pride, they are laying in a combretum shrubland, quite uncomfortably in the sun. Soon after we arrived they started walking towards the herd... I called Festo in, he is driving guests with Lucy while I am as usual driving Sophie...even if we know this pride hunts mostly by night we are excited... we follow and eventually lions got sight of the buffs.
They look and then one by one they all went down to sleep.. the only problem was that one young male went sleeping 30 centimeters in front of Sophie and a lioness did the same but one meter behind Lucy... we were stuck.
After some times they moved and so we did... they did only go for some shade... having an eye on the buffs was all what they wanted.
We wondered off and found the kipunji males at the bridge and eventually went for lunch but not before enjoying a couple of Tawny eagle sharing a prey, a beautiful giraffe drinking in the river and a bull elephant sandbathing by the side of the road.
. 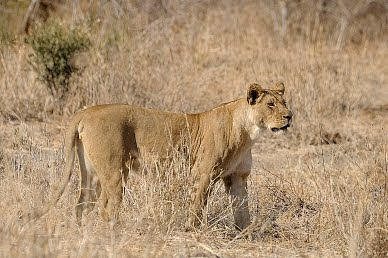 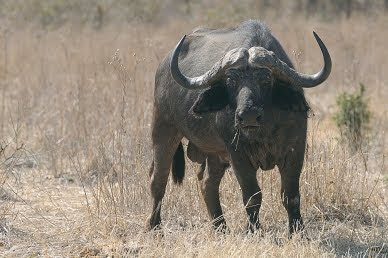 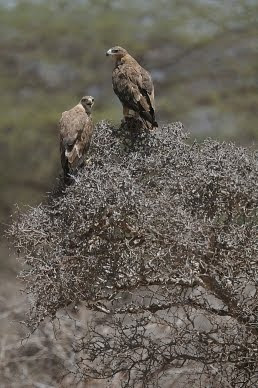 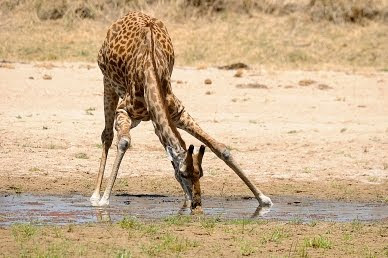 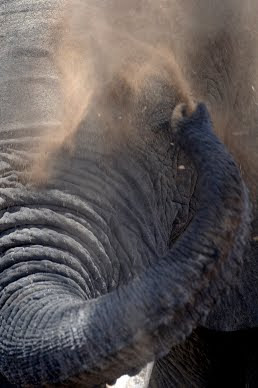 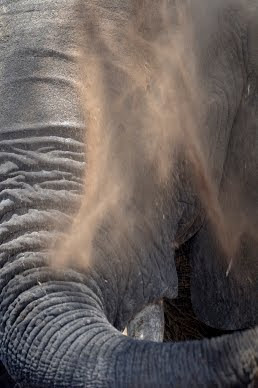 In the afternoon the lions were still there, kipunji in the combretum, Evander and co in the river but the buffaloes were much further on from were we left them in the morning... they all went to drink between breakfast point and w7. It was a nice show and when they came out of the river bed to the hills the sun was setting just behind them, backlighting them and all the dust in a magical way. A brilliant end of the day. 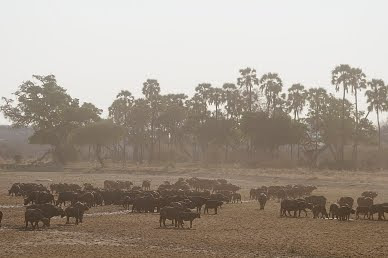 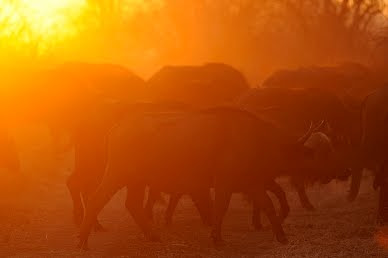