Sometimes lions just eat too much. One big male lion and one zebra killed during the night, no other lions on sight. He killed the zebra in a very open area and ate part of the belly and the internal organs, a lot of meat for a single meal. Surprisingly the liver is still there, judging fro the belly of the male, the reason probably is that there is not room for a needle in his stomach, don't bother thinking of an entire zebra liver full of blood.
He is so full that is not even funny, he cannot stay put in one position, the stomach is too prominent pushing on the lungs, making his breathing difficult and making him absolutely unconfortable.
I felt the same several time after big xmas dinners, he needs to change position very often, tries to sleep but there is no chance, so he keeps laying down then standing up and moving few paces to lay down again in a close bush and then standing up and returning to another bush closer to the kill.
This pattern reapeted over and over again.
Even 4 hrs later he is in the same condition, vultures and jackals are coming but he does not leave the zebra and keeps trying to sort out his difficult digestion.
Poor little thing, we really felt sorry for him 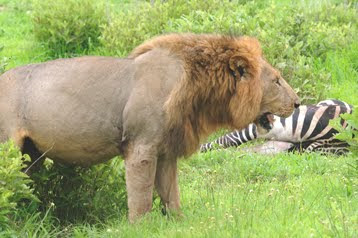 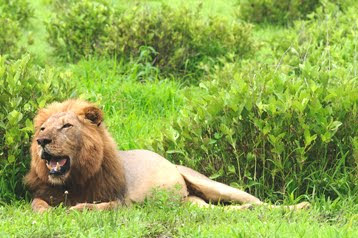 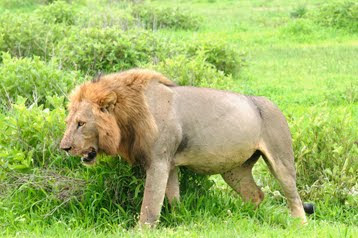 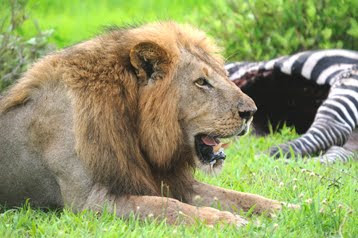